Free shipping on unframed print and small gift orders totaling $49 or more within the continental US.*
​ See details on the Sale page. *Some exceptions apply. 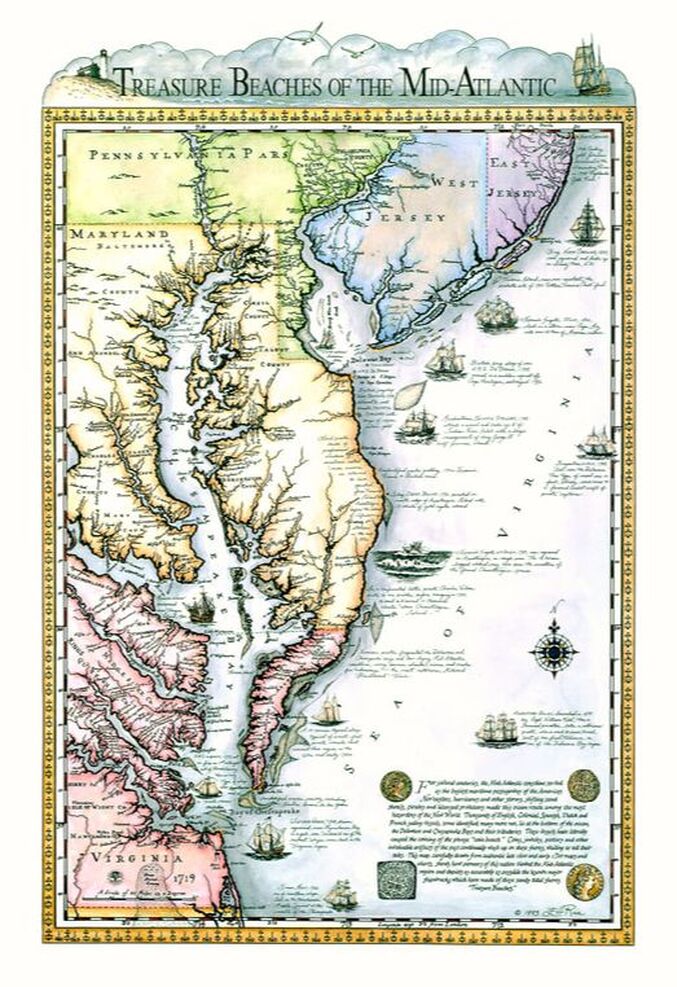 This work of history and art by Delaware artist Ellen Rice is the product of a lifelong interest in maritime history and a love of the Mid-Atlantic coastline. More than 15 years of research and over 2000 hours of calligraphy, pen & ink drawings and watercolor painting with the same watercolor formulas used in the time period went into the making of this, the first visual recording of one of our early nation's greatest ports, its lost ships and rumored "Treasure Beaches."

​"For several centuries, the Mid-Atlantic coastline served as the busiest maritime passageway of the Americas," writes the artist. "Nor-easters, hurricanes and other storms, shifting sand shoals, pirates and licensed privateers made this ocean route among the most hazardous of the New World. Thousands of English, Colonial, Spanish, Dutch and French sailing vessels, some identified, many more not, lie at the bottom of the ocean, the Delaware and Chesapeake Bays and their tributaries.... Coins, jewelry, pottery and other invaluable artifacts of the past continually wash up on these shores, waiting to tell their tales."
Treasure Beaches of the Mid-Atlantic takes the viewer back in time from the Medieval 1500s when Spaniards searched for gold and silver on the shores of the Chesapeake Bay, then called Bahia De Santa Maria, until the mid-1800s and the advent of the U.S. Cutter Revenue Service, predecessor of the U.S. Coast Guard.

The artist corroborated every fact on the map. Anything that could not be corroborated was omitted or designated questionable. Several of the ships portrayed were drawn numerous times to assure accuracy as new information came to light from archives and maritime archeologists. 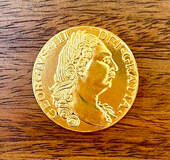 To Ellen, the granddaughter of two U.S. Navy admirals, the creation of Treasure Beaches of the Mid-Atlantic was a way of preserving a part of history and way of life that is fast disappearing at the bottom of the ocean. "The ocean floor and ancient artifacts, which do indeed wash ashore after severe storms, are time capsules of knowledge from which we can learn, " she says.
​
"I hope my map will in some small way help stir further efforts toward responsible research, exploration, recovery and preservation of our nation's maritime history - and more than that - create in our children an interest in the lessons history can teach."

Accompanying the Captain's Edition of Ellen Rice's Treasure Beaches of the Mid-Atlantic map is a 24-carat gold- plated, numbered coin replica made from a King George III Rose Gold Guinea found on the shoreline of Delaware's "Coin Beach" adjacent to the 1785 wreck of the Irish merchant ship Faithful Steward (depicted on the map).

The original coin is on display in the coastal Fenwick Island, Delaware, DiscoverSea Museum, founded by Dale Clifton, who recovered the coin. Each of the map's 300 replica coins is engraved on the back with the number of the map it accompanies.
The Captain's Edition is one of 17 works of art by Ellen Rice on display in
Bethany Beach Oceanside Suites, a Marriott Residence Inn
​ 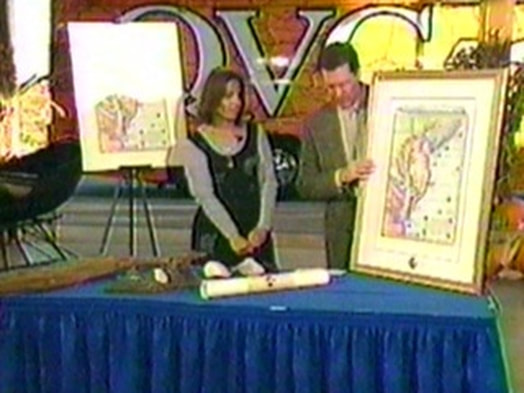