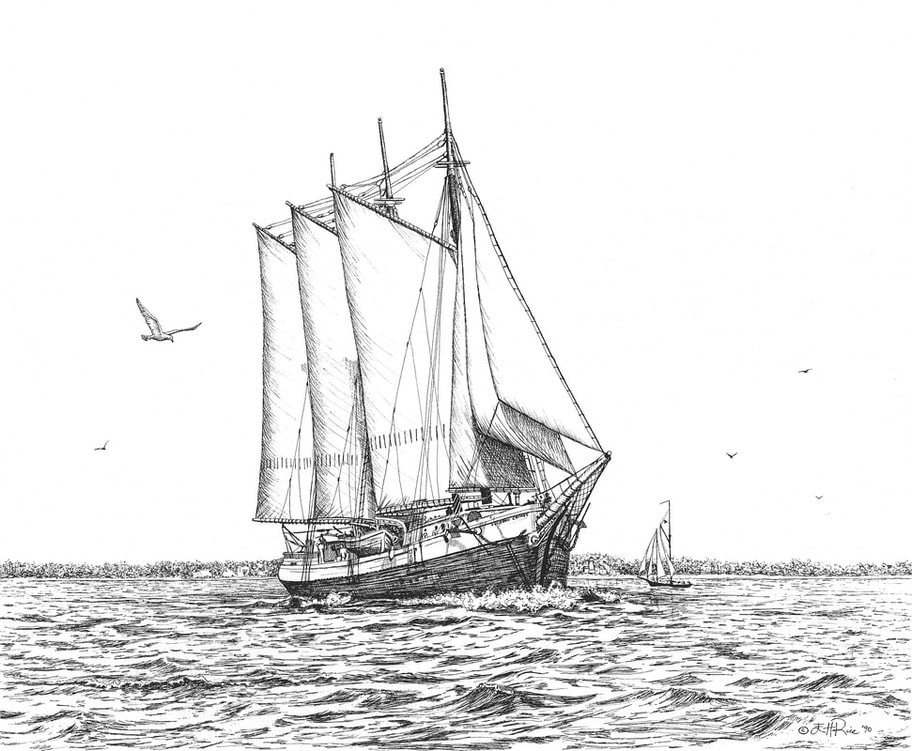 by Ellen Rice
Victory Chimes is the last Delaware Schooner Ram still in passenger service. This pen and ink portrays the ship's 1976 passage through the Chesapeake Bay in the historic Tall Ships Regatta.

Formerly named The Edwin & Maud after sea captain Robert Riggins' children, the schooner was built in 1899 in Bethel, Sussex County, Delaware, on the shores of aa tributary of the Nanticoke River.

Victory Chimes was used in freight service on the Chesapeake Bay until 1945 when she was sold and put into passenger service. She has been in passenger service ever since under several different ownerships and names, including Domino's Pizza under the name The Domino Effect. Today, short voyages and cruises can be booked upon her from Bar Harbor, Maine.