Patience
A great blue heron waits for his next meal to swim by, a common sight in the back bay area of Delaware 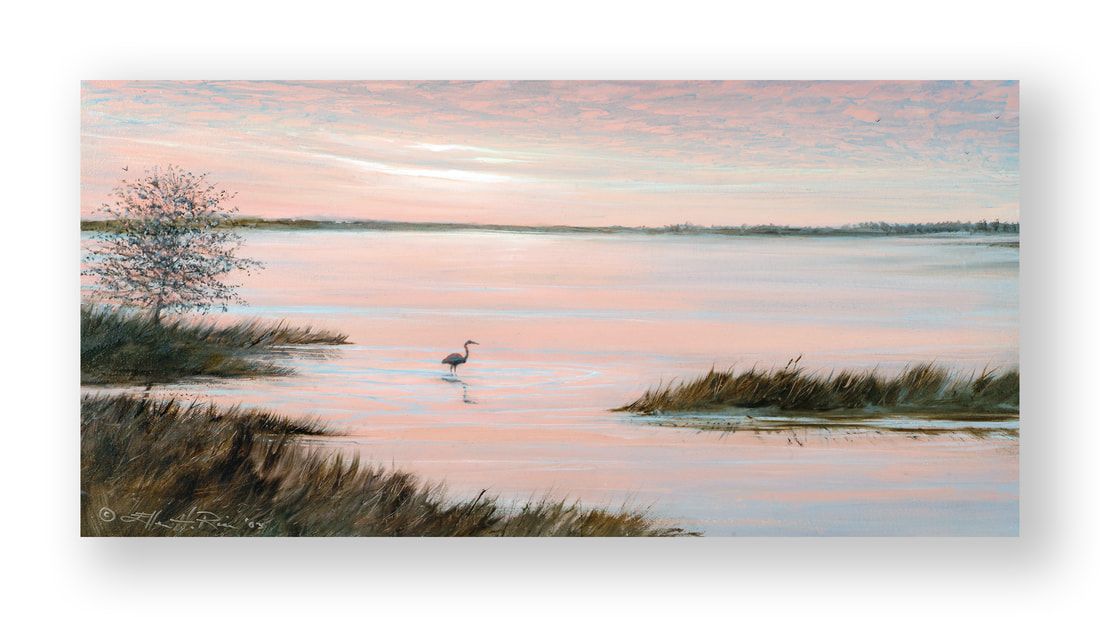 ​​This may sound strange to some, particularly those organized people who’ve never been afflicted with an artist type in their lives: I don’t always start a painting knowing exactly what I want it to look like when completed.

What has worked best for me over the years is having a general idea (sometimes none) and letting the painting reveal itself as I paint out from a light source. Then it flows, has life. I don’t feel like “I” paint these; it’s rather like ideas flow through me and my brush and when I clear distractions from my thought and listen well enough to those ideas, a pleasing painting is born.

Sometimes, a painting happens right away. Other times it takes longer, occasionally much longer, a few much, much longer. Patience was a lesson for me. It was painted over an 8-year period.

I started it with a more exact idea than usual in mind. I drew the idea on canvas lightly, then started the first of many glazes of colors – underpainting, colors that would eventually show through other thin layers of translucent colors, which when combined in the right way create luminescence, depth and chameleon-like color shifts when viewed in different light situations and from different angles.

My thought that day was, “This is going to be a really easy painting. I’ll have it finished in no time.” Most of my paintings had been selling before they were finished and I couldn’t amass a body of work for people to view in my gallery, so needed some small completed works quickly.

After finishing the first thin glaze, I put the painting away to dry while working on another whose last underpainting glaze was dry. Several days later I returned to it, thinking again it wouldn’t take long to complete. Then again. Then again…. Eventually it got stacked against a wall. Many other paintings were completed, but nothing I did with this one felt right.

From time to time I’d take it out thinking once again that I’d finish it that day. It was a small painting and “shouldn’t” take that long. I wanted it done so I could in clear conscience go on to other ideas without unfinished work left behind. The more I thought this way, the worse it got. Something was missing. What wasn’t I getting?

Through six or seven annual studio tours, people would notice the painting in various stages leaning against a wall with other in-progress canvases and say it was beautiful and ask when it was going to be finished. “Soon,” I’d answer, meaning it sincerely.

Then one day I realized what was wrong. People frequently tell me I must have so much patience to do the detailed work I do. Hah! What was missing from the painting had little to do with the painting itself.

Around the time I started it, there were a lot of art magazine articles (and amateur artists) declaring emphatically “a good painting shouldn’t take more than a few hours.” That’s okay with impressionist works, plein air studies, abstracts, loosely painted watercolors, impasto oils, but not thinly glazed oils.

I realized the time limits I’d been setting for myself and this particular little painting were what was getting in the way, that it didn’t matter how long it took, and that there are no universal laws about how long a painting should take.

I released the whole process, gave it back to God, where its idea came from to begin with, told myself the painting would take as long as it took, much like an apple falling from a tree when it is ripe. I just needed to stop thinking about it and all the other paintings I wanted to do down the road and simply enjoy the process.

I needed in short, patience.

I satisfactorily finished it within a half-hour after that realization. It sold right away, it’s one of my favorite paintings and it’s one of my best selling prints, imperfect in execution as it may be. In truth, it’s the idea behind a painting that counts far more than its execution.

Ironically, the primary subject of this painting is a creature who exemplifies the word “patience.” I’ve watched heron stand stock still for hours waiting for dinner to swim by. They can’t put pedal to the metal, drum their webbed toes, roll their eyes, sigh out loud and catch their meal any faster. I don’t think they’re thinking about 10 fish down the stream. No they stand still and when a fish appears they eat it.

What this painting’s process taught me is a simple but worthwhile lesson: Patience is living in the moment.

I hope you enjoy the quiet beauty of the moment captured in Patience. 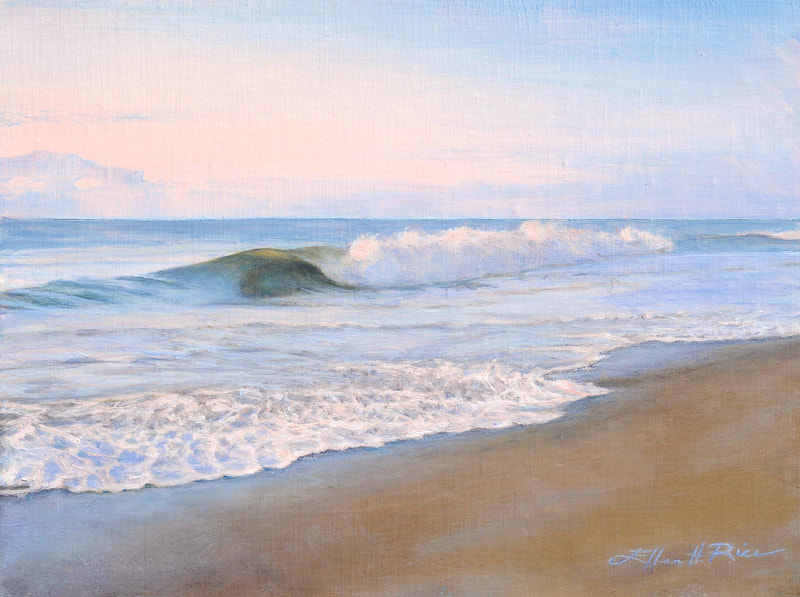 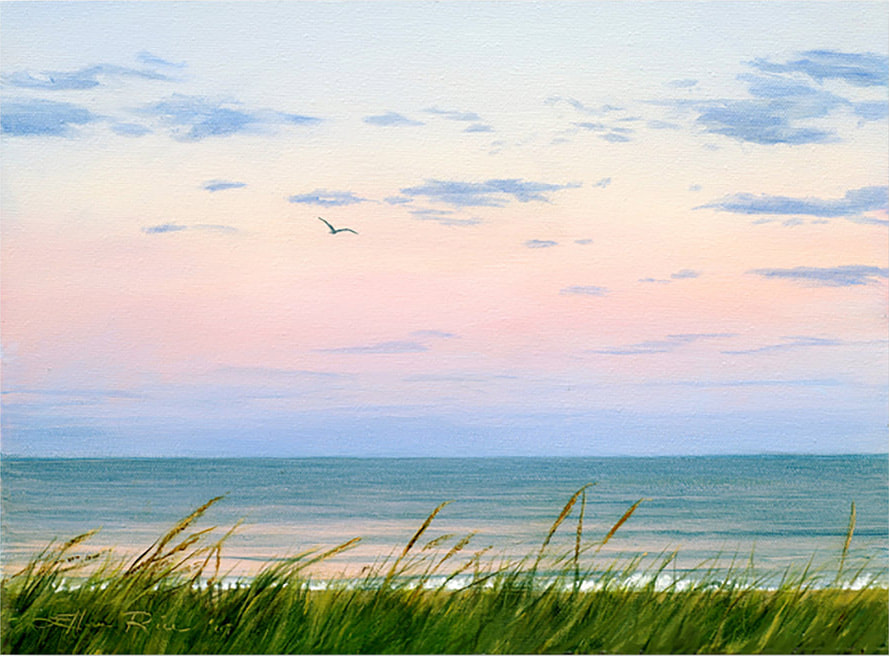