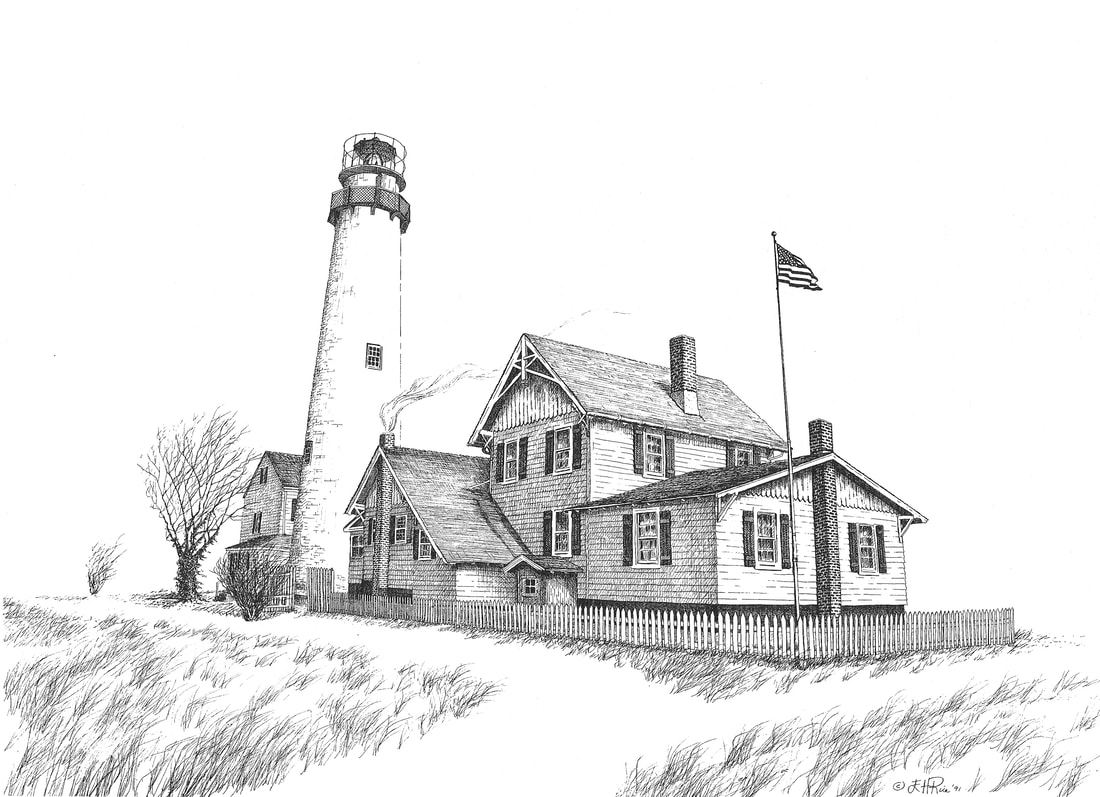 There is a large white carved stone marker dated 1751 that bears the arms of Lord Baltimore on the south side and William Penn on the north. It is the first stone set up in connection with the Mason and Dixon line survey, and it is the only remaining of a series of stones laid every five miles to mark the line between what is now Delaware and Maryland and the division between north and south during the Civil War.

Congress authorized the erection of a lighthouse on the barrier island of Fenwick, Delaware's most southern coastal town, in 1856. By 1857, the site for the lighthouse had been selected and marked and the tower was completed early in 1859. The total cost was $23,748.96.

​In 1932, a strip of land 60 ft. wide, extending east and west across the site, was deeded to the State of Delaware for roadway purposes (Rt. 54), and in 1940, about three-fourths of the site was sold, including the northern wooded half and 2.71 acres of the southern half - land former lighthouse keepers and their families once hunted and farmed.

The tower is 83 feet above water and the top of the lantern 87 feet above ground. A 25,000-candlepower Fresnel light flashes white every 3 seconds and is visible 15 miles out to sea. Fenwick Lighthouse is still in operation, thanks to Friends of the Fenwick Island Lighthouse and the State of Delaware.

See two other works of art by Ellen featuring the "Fenwick Island Lighthouse - 1891" and "Night Settles Over Fenwick."